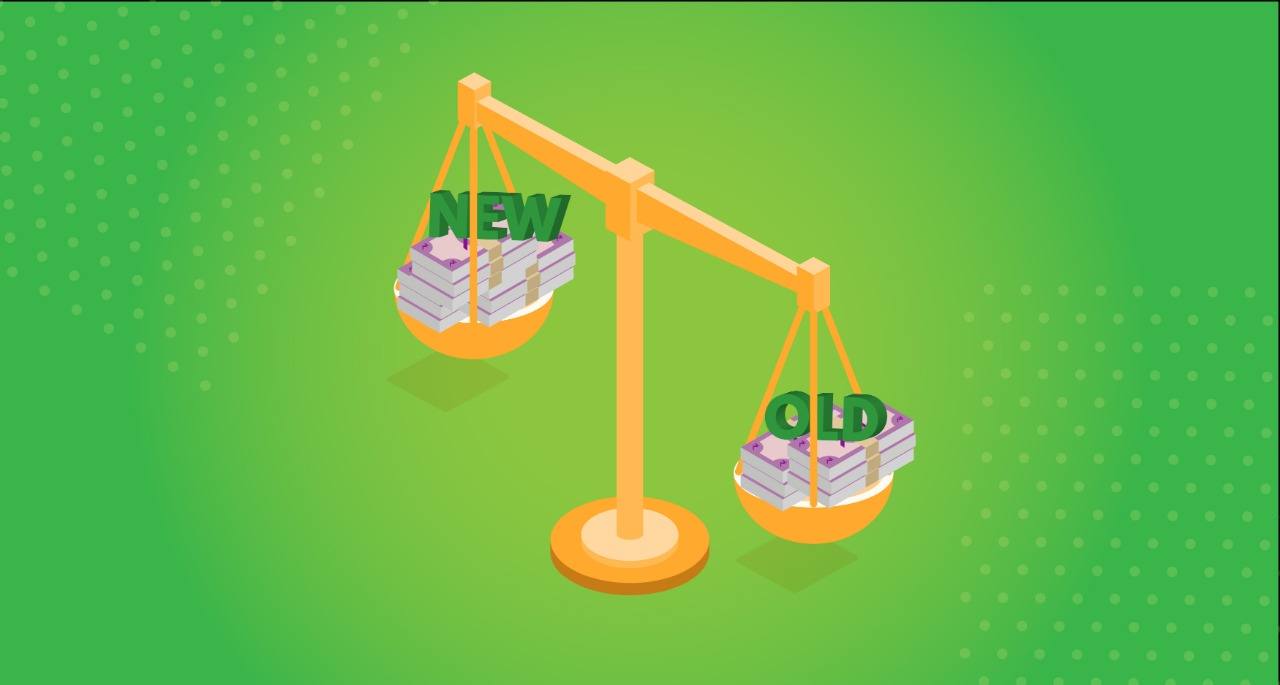 Decoding the tax system in general can be daunting. Now with two tax regime choices offered, the old and the new, the taxpayers could be in a fix to understand which one is better for them. Since there is no one fit approach for all taxpayers, this article explains the two tax regimes with a comparative analysis to help you decide which one works for you.

In order to provide significant relief to taxpayers and to “simplify” income tax law, budget 2020 introduced a new Direct Tax regime, to remove the dependency of citizens on tax consultants and do their taxes on their own. The new tax regime comes with reduced tax slabs for individual and HUF taxpayers with a condition to forego certain tax deductions or exemptions. However, tax payer opting for new tax regime are still eligible to claim deduction u/s 80CCD(2) (employers contribution in notified pension scheme) and 80JJAA (for new employment).

From the financial year 2020-2021, every individual and HUF has the option either to continue with existing tax rate where exemptions and deductions can be claimed or to opt out for new tax regime where the rates are lower but there are no exemptions or deduction. Although this option must be exercised at the time of filling of return but for the purpose of payment of advance tax or TDS on salary this option has to be ascertained at the start of financial year. If you fail to inform your employer at the beginning of the financial year that you want to switch to the new tax regime, then your employer can deduct TDS considering that you are covered under old tax regime.

Old tax regime vs. new tax regime: Which is better?

There cannot be a straight answer to this question as it depends on each taxpayer’s situation and financial position. Looking at the reduction in tax rates new system looks better but due to non-availability of various deductions or exemptions, it is advisable to do comparative evaluation and analysis under both the regimes before you opt for the new regime or decide to continue with the old one.

(Above rates are subject to surcharge and cess, as applicable)

When you look at the above tax slabs, of course, the new tax regime comes out as a winner. The tax charged under the new regime is lower in most categories. For example, for a person earning between ₹5,00,000 – ₹7,50,000, in the new tax regime, the tax percentage has been reduced from 20% to 10%

But here’s the catch.

The new tax regime does not allow the taxpayer to benefit from certain deductions and exemptions. Here’s a look at some of the major deductions or exemptions that shall not be available for someone who has opted for new tax regime:

However, there are certain tax deductions and exemptions which are still available under new tax regime also:

To make this comparison more meaningful, let’s take three case scenarios of three people with different situations when it comes to their expenses and investments.

Example-I: Mr. Mehul is a salaried person and earns Rs. 7,50,000 per annum. He lives in a rented house and receives HRA from the company. Company deducts PF of Rs. 10,000 from his salary.

From the above examples it is very clear that a taxpayer having no investments or savings should go for new tax regime because of lower taxation rates. However, if a taxpayer is having home loan and other investments old tax regime would be beneficial for him.

Once you have made the choice, can you again switch from the selected tax regime to the other one later?

Both taxation regimes have their own pros and cons. The old taxation regime inculcates habit of investing in a taxpayer. New taxation regime is better for those taxpayers who have started their career and they have less income and less investments resulting in lesser deductions and exemptions. Therefore, one has to wisely consider his/her exemptions, deductions claimed, his/her investing patterns and the tax planning involved before opting for new or the old tax regime.

Everyone will have their own set of deductions and exemptions so one needs to assess comparatively both the regimes to see what works best for them. Hence, it is recommended to consult professionals before taking any stand.