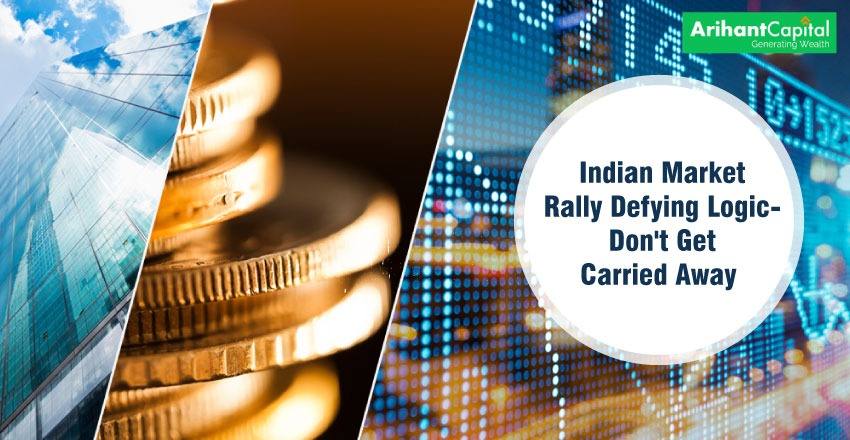 The Indian market closed the week ended November 15, 2019, on a flat note, the BSE Sensex gained 0.08% for the week to end at 40,356.69 and the NSE Nifty 50 declined 0.11% for the week to close at 11,895.45. The market witnessed lots of intraday volatility during the week, reacting to quarterly results of stocks as the result season came to an end. Some of the data points that came during the week were quite negative for the economy. However, the market digested most of the negative news and remained resilient. The Bank Nifty index exhibited extreme strength despite weakening macro-economic data and helped the indices to close the week on a flat note. 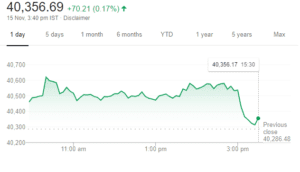 Sectoral Performance for the Week

Best &Worst Performers for the Week 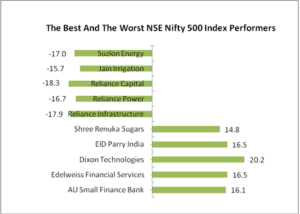 The ongoing rally in the Indian market is not in sync with the economic data points that are emerging. The market rally is defying economic logic and only a handful of stocks are propelling the rally, while most of the broader market stocks are in bear grip. Even the second-quarter earnings season which came to an end this week was also not that encouraging. Few companies came out with good results, but a larger share of companies exhibited stress on their numbers. Lots of earnings downgrades also came. In the current backdrop, we advise investors not to get carried away with the ongoing rally and remain very selective while choosing any stock to invest. The overall economic condition needs revival and demand has to come back in the system for the companies to report good earnings. The government has started addressing some issues by taking some bold reform steps, however, it will take time to bear fruit. Remaining cautiously optimistic in the current scenario will be the right approach for the investors.