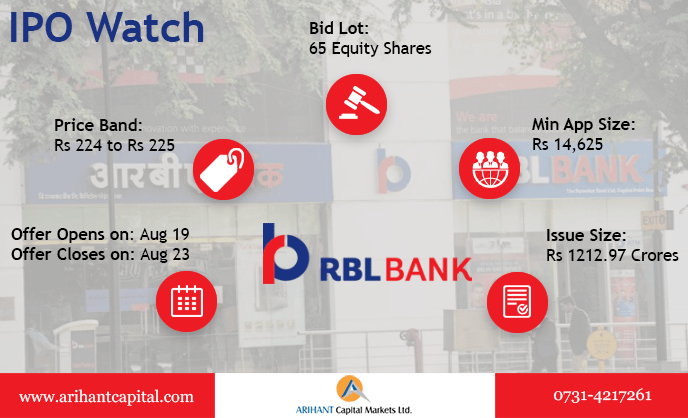 RBL Bank Ltd. began its operations in early 1943 as a small, regional bank in Maharashtra with two branches in Kolhapur and Sangli. The bank over the past six years has transformed itself from a traditional bank to a ‘New Age’ bank. As part of growth strategy the bank also acquired Indian businesses of royal Bank of Scotland including business banking, credit card and mortgage portfolio businesses in FY14. The acquisition helped bank expand its scale of operations and geographic presence. The distribution network of the bank as on 31st March, 2016 includes 362 interconnected ATM’s, 197 branches primarily covering major commercial and urban centers and 3,871 employees.

The issue proceeds would be utilized to augment Bank’s Tier-I capital base to meet bank’s future capital requirements which are expected to arise out of growth in bank’s assets, primarily bank’s loans/advances and investment portfolio, and to ensure compliance with Basel III and other RBI guidelines.