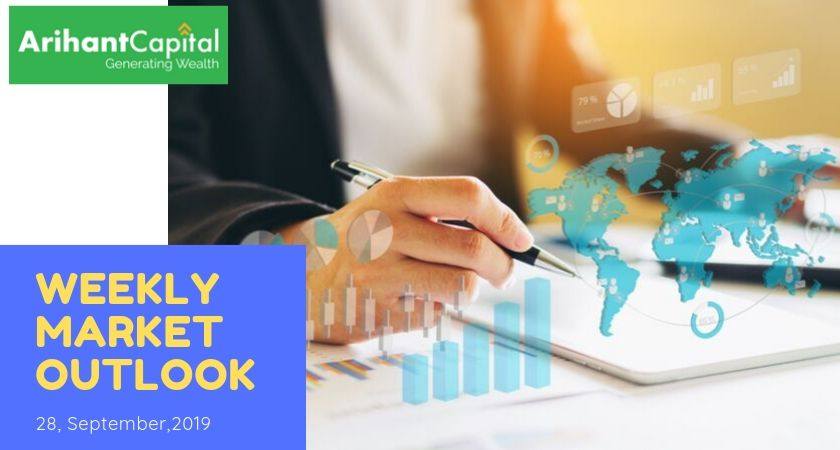 The firework that started on Dalal Street on last Friday after Government’s surprise tax cut move, continued this week also albeit with some intermittent pause on few days of the week. After the massive rally witnessed on last Friday when both the benchmark witnessed over 5% rally in a single day, the rally continued unabated on the first day of the week, with both the benchmark clocking almost 3% (2.8% to be precise) rally on Monday. After back to back rally of two days market took a pause on Tuesday and closed flat (0.02%). On Wednesday, some profit booking was witnessed in the market with both the indices declining by 1.3%. However the market recouped its losses on Thursday by closing 1% higher for the day. The September F&O expiry also added to the volatility on Thursday, however indices managed to close in green, up by almost 1%. On Friday, the last day of the week, Indian equity indices resumed declines after a one-day rally, with Sensex ending 0.43% lower for the day, while Nifty closed 0.5% lower to end the week at 38,823 and 11,512 respectively. 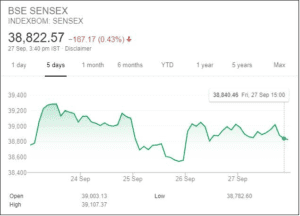 On Friday, 27th September, FM Nirmala Sitharaman again announced some reform measures related to capex plan for the PSU companies. To boost the economy, there is an urgent need to revive industrial capex, which is at a six-year low. The FM announced measures to boost spending and the timely release of payments for stuck projects remain the key priority area for the government. As per the expenditure ministry, the total capex spend is around 42% till August-end.

The tax cut move of the FM has catapulted the benchmark indices by nearly 8% till date, which we believe is mostly factoring in the near term earnings upgrade of 8-9% for the Nifty companies. Hence going forward we expect market to consolidate as the street participants digest this massive rally. We believe, market will react to stock specific news and will wait for the second quarter earnings figure before making any fresh upmove as the current rally has mostly factored in all the positive that was there in FM’s tax cut move.

Multi-Cap Funds Must Invest 25% each in small, mid and large cap stocks as per SEBI’s New Guidelines