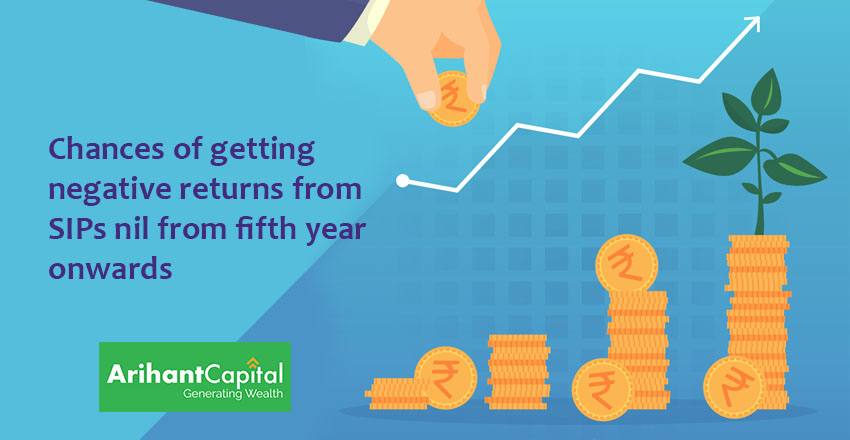 The latest industry data released by CRISIL and AMFI shows that the chances of getting negative returns from investments in mutual funds through SIP route diminishes to nil from fifth year onwards.

The report has taken the past 15 year data ending on June 2019. According to the report, the instances of negative returns declined with the increase in investment horizon. 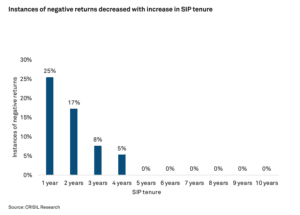 Interestingly, the difference between minimum and maximum SIP returns narrowed with the increase in the investment horizon, found the report. This essentially indicates that SIP investors would see a growth in their investments irrespective of fund selection. 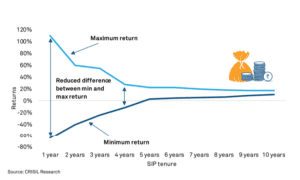 The report further claimed that investing through SIPs for longer tenures significantly increases the amount of wealth invested. “An analysis of various equity categories shows that returns and the subsequent wealth creation for investors improve in line with the increase in the investment horizon. Finance theory calls this the compounding effect, which says that longer periods of time allow your money to multiply,” said the report. 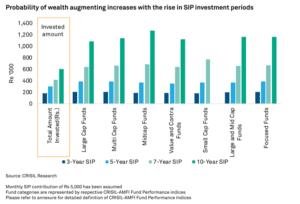 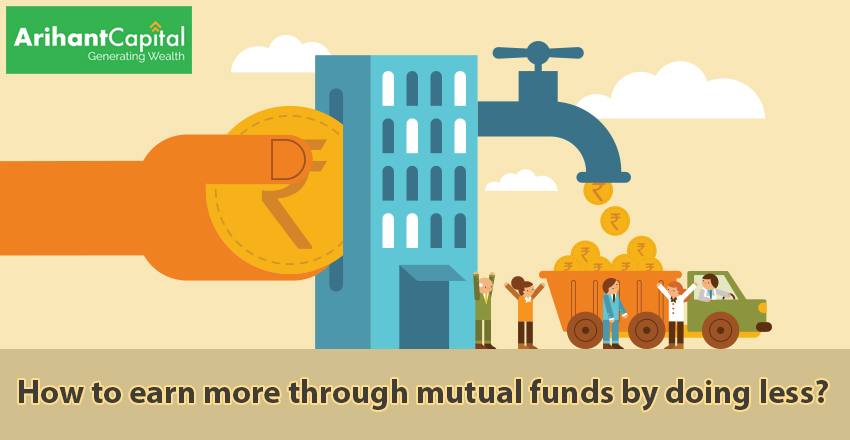