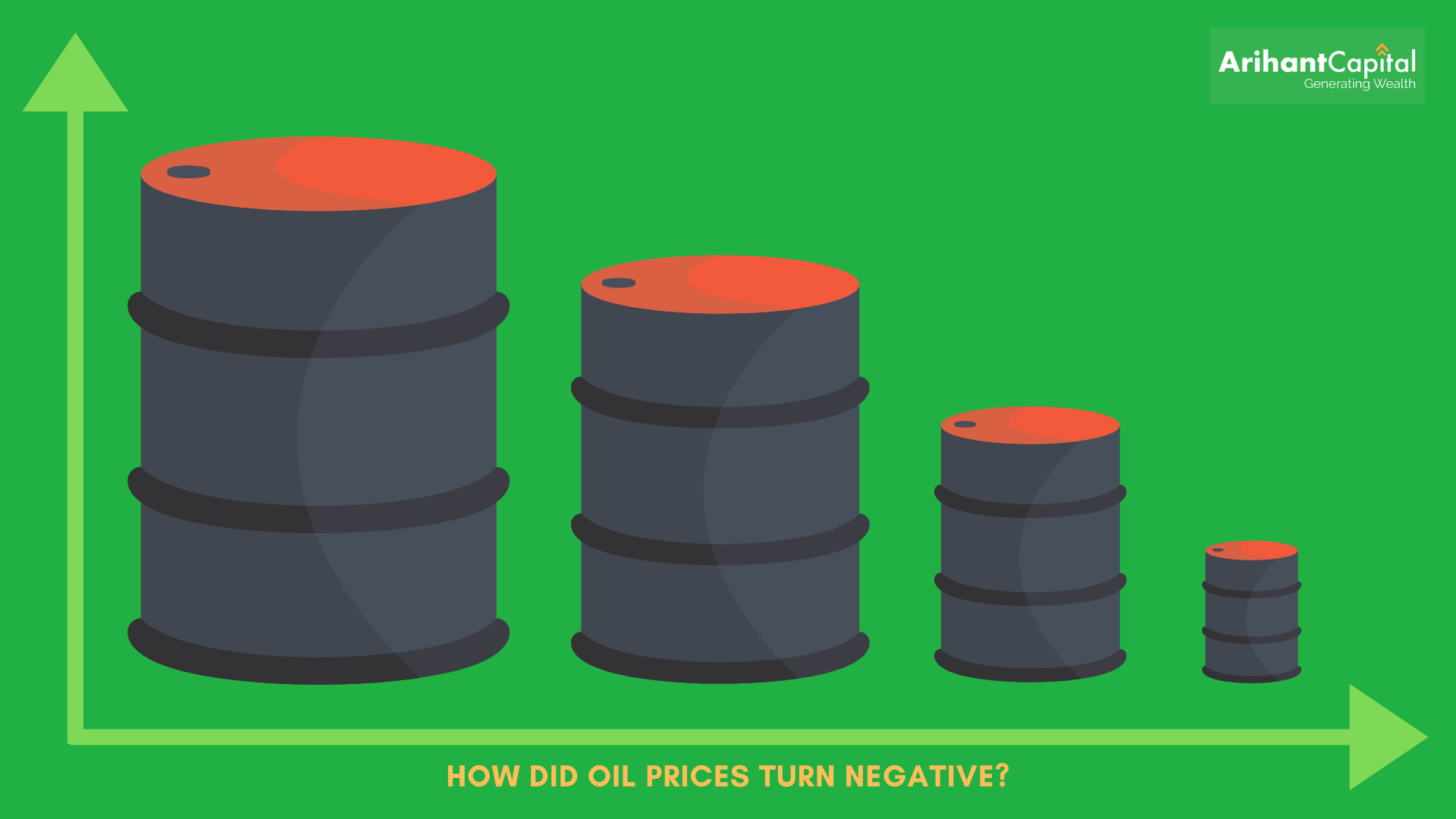 U.S. crude oil futures collapsed below $0 on Monday, May 20, 2020 for the first time in history, amid a CORONAVIRUS-induced supply glut, ending the day at a stunning minus $37.63 a barrel as desperate traders paid to get rid of oil.

Brent crude, the international benchmark, also slumped, but that contract was nowhere near as weak because more storage is available worldwide.

While U.S. oil prices are trading in negative territory for the first time ever, it is unclear whether that will trickle down to consumers, who typically see lower oil prices translate into cheaper gasoline at the pump. 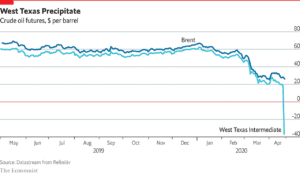 As billions of people around the globe stay home to slow the spread of the novel CORONAVIRUS, physical demand for crude has dried up, creating a global supply glut.

The May U.S. WTI contract fell $55.90, or 306%, to settle at a discount of $37.63 a barrel after touching an all-time low of -$40.32 a barrel. Brent was down $2.51, or 9%, to settle at $25.57 a barrel.
Refiners are processing much less crude than normal, so hundreds of millions of barrels have gushed into storage facilities worldwide. Traders have hired vessels just to anchor them and fill them with the excess oil. A record 160 million barrels is sitting in tankers around the world. 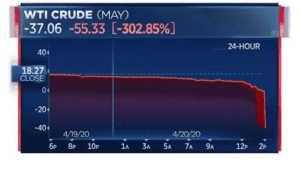 The spread between May and June at one point widened to $60.76, the widest in history for the two nearest monthly contracts.

Crude oil prices have been pressured for weeks with the CORONAVIRUS outbreak hammering demand while Saudi Arabia and Russia fought a price war and pumped more. The two sides agreed more than a week ago to cut supply by 9.7 million barrels per day (bpd), but that will not quickly reduce the global glut.

Saudi Arabia is considering applying oil cuts as soon as possible, rather than starting from May, a Wall Street Journal reporter said on Twitter, citing sources.

Brent oil prices have collapsed around 60% since the start of the year, while U.S. crude futures have fallen around 130% to levels well below break-even costs necessary for many shale drillers. This has led to drilling halts and drastic spending cuts.

Normally this would be simulative to the economy around the world.

“It normally would be good for an extra 2% on the GDP. You’re not seeing the savings because no one is spending on the fuels.”

What does it say about the Economic Rebound?

While investors and analysts wade through the technicalities of the oil markets that contributed to the crash, others are trying to glean what it might say about the economy. As much as 30 million barrels per day – what used to be 30% of global demand – has been pumped into storage worldwide in the past two or three months.

Even if demand were to return to pre-virus levels, it would take a long time to burn off all that stored crude. 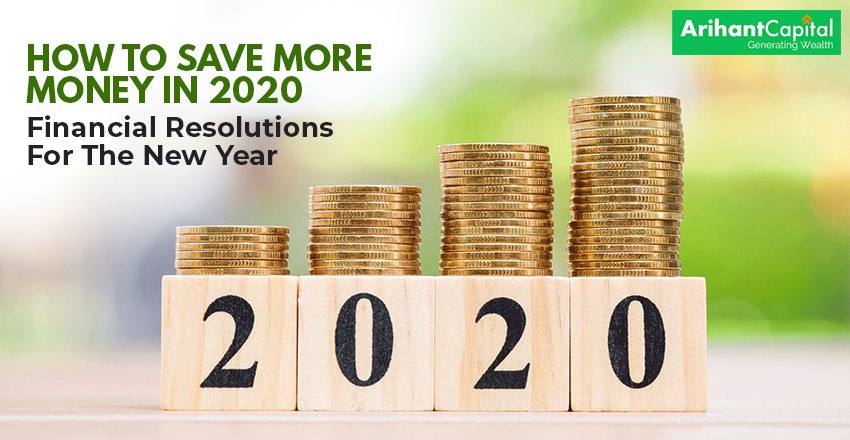 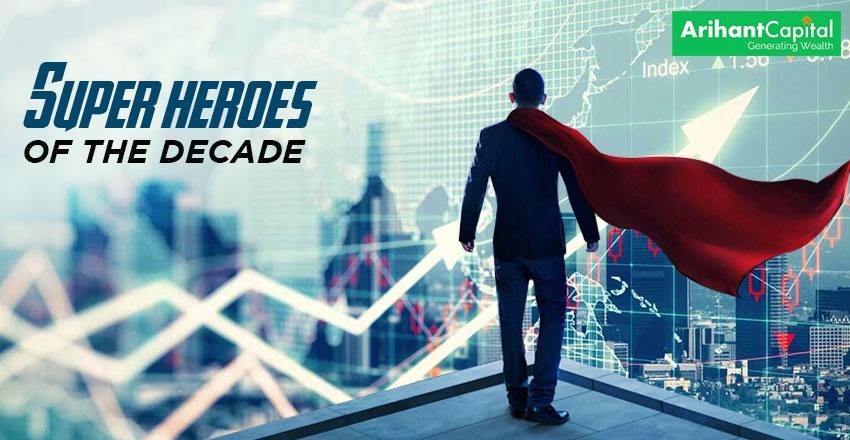 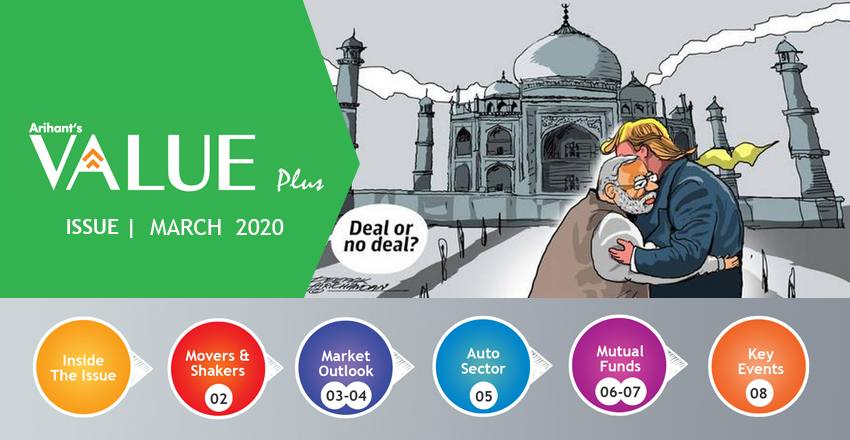