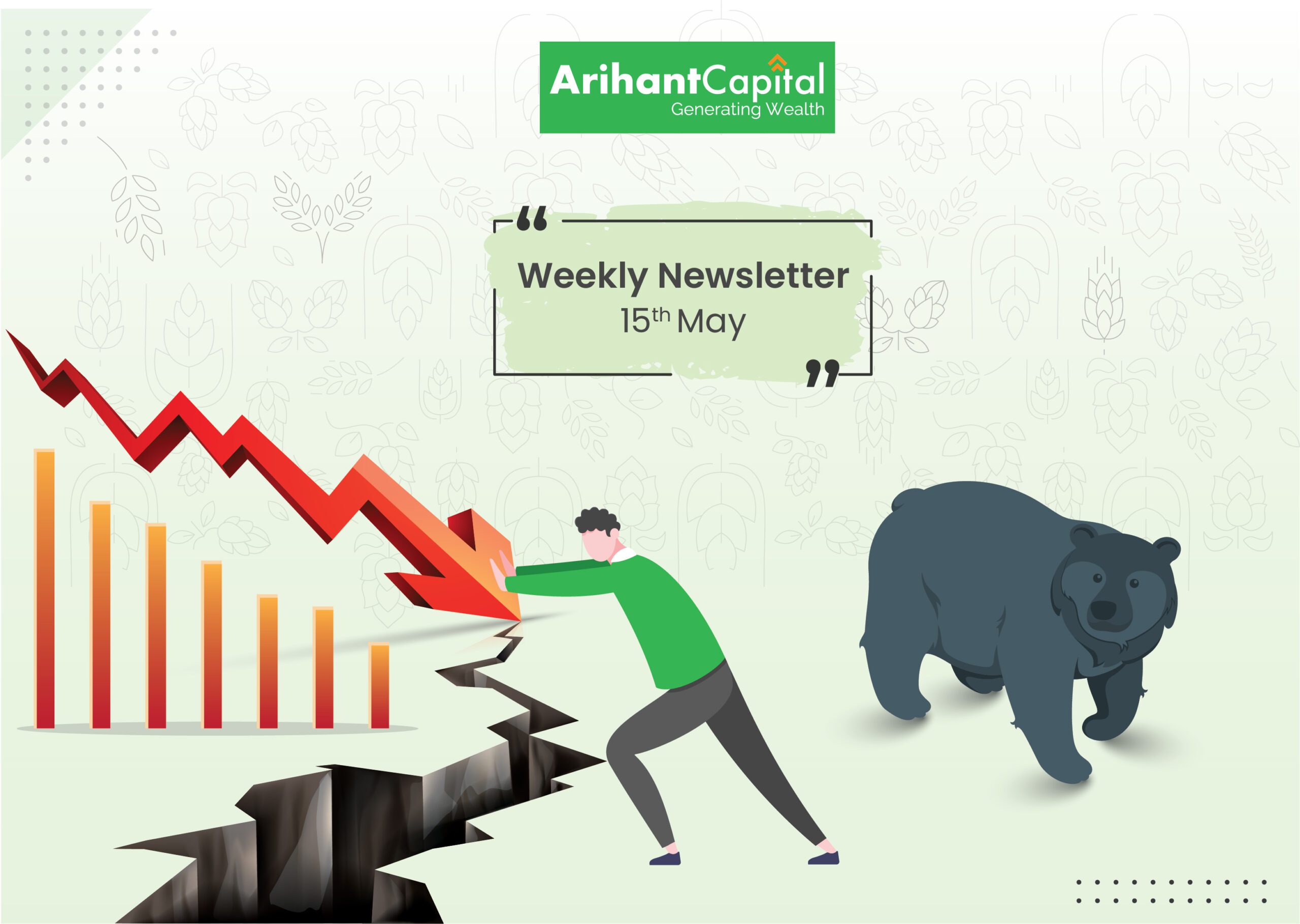 The world economy reels under the impact of the Russia-Ukraine crisis and the rising cases in China. Inflation becomes a key concern in most economies, with Sri Lanka and Argentina bearing the brunt. Countries struggle with high inflation and food crisis due to the choking commodity supply chains. The governments responded by tightening the money supply and sending the stock markets plunging. The wheat shortage created due to the war also led to a rise in wheat exports from India (crossing a record_million tons)

The Indian government also decided to stop wheat exports with immediate effect to curb rising prices in view of high export demand, and low output due to the heatwave.

The benchmark indices fell due to negative momentum every day of the week. Investors have lost close to ₹28 lakh crores this month alone. Sensex ended the week 2,042 points in the red at 52,793 while Nifty and Bank Nifty were down 629 and 1,470 points ending the week at 15,782 and 33,121 respectively.

No sector was immune to the market crash. Among the sectoral indices, Nifty Metal was the biggest laggard losing 12.41%, followed by PSU Bank (8.78%) and Consumer Durables (5.82%).

In other news, PAN and Aadhaar are now mandatory for cash deposits and withdrawals above ₹20 Lakhs in one financial year in banks and post offices.

📊What to Expect from the Markets

Indian markets closed with negative momentum for the sixth day as well as the fifth week. Dragged by Nifty Metal and PSU Banks falling the most.

On the sectoral front, all the sectoral indices ended on a negative note for the week ending 6th May. Nifty Metals led the fall with 12.41% on slowdown fears.

On the global front, valuations are attractive after a long period of time. Some of the Nasdaq & Chinese stocks look interesting with a decent margin of safety.

In some pockets of the Indian markets, valuation looks interesting at current levels. We believe there is a high probability of a 40-50 bps hike in the June monetary policy committee meeting if the current scenario prevails.

The daily chart of Nifty formed a “Bearish” pattern formation and on the weekly front, it shows a breakdown of the “Triangle” pattern. We believe the market will continue to show supply from this level and investors need to be cautious. If Nifty crosses the 15,880 level see a bounce towards the 15,980 and 16,100 levels. On the downside support, if it crosses below 15,600 then it can test the 15,350 and 15,100 levels.

The daily chart of Bank Nifty forms a “Bearish” candle formation, and the weekly chart gives a breakdown of the lower trend line. The technical chart of Bank Nifty looks weaker and investors need to be cautious from a higher level. This week Bank Nifty futures closed at 33,083 levels. In the coming trading session if it holds below 32,700 then weakness could take it to 32,400 and 32,200 whereas minor resistance on the upside is capped around 33,650-33,800 levels.

Our interaction with rural dealers suggests a sharp recovery in April & May.  One can add Kaveri Seeds at current levels with the price objective of ₹700. We are expecting higher cotton prices to boost acreage for the company.

In case you missed our last newsletter, you can check out last week’s fundamental stock picks here.

The impact of war