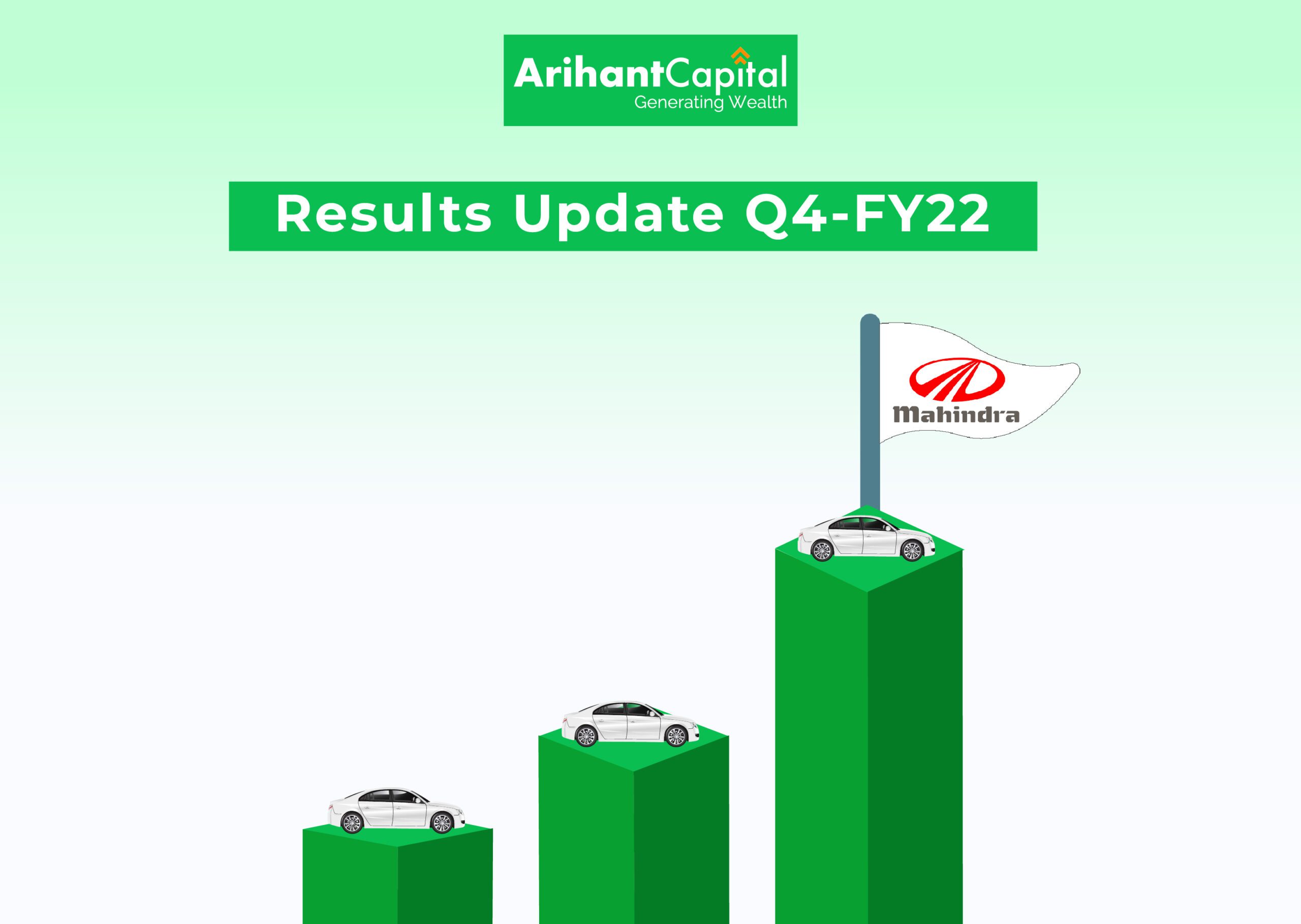 Mahindra and Mahindra reported a 427% year-on-year (YoY) surge in its profit after tax (PAT) at ₹1,292 crores. Going forward, the company expects new launches to drive the growth.

Check out the Mahindra and Mahindra Q4 Results

Given the recent fiscal and monetary measures by the Government of India and RBI, the company foresees the cost pressures in the economy to ease out.

We believe the tractor industry would continue to deliver single-digit growth momentum in 1st half of FY23 despite the supply-side issue, which is witnessed in Apr’22. However, we expect strong demand for SUVs to continue over the next 2-3 years and the premiumisation trend would further pick up. M&M has received strong bookings for Thar, XUV300, Bolero NEO and XUV700 taking overall bookings to 170K+, while XUV 700 alone has surpassed bookings of 78k+ with monthly bookings of 9.5k+. Moreover, it plans to launch 15 new products each in tractor and farm machinery space and 17 new products in LCVs with a few CNG options by 2026.

The company has become a market leader in the electric 3-wheeler space with a 73% market share. It will launch its electric vehicle business strategy, ‘Born Electric Vision’ on Aug 22. The company has taken several initiatives in the past which help it meet its energy efficiency goals, it is also increasing its focus on the use of renewable energy. For the most part, the company is into the manufacturing of automobiles which involves emissions of CO2 in both manufacturing and use, but it is doing several investments to reduce its carbon footprint and help India’s growth into the EV space.

Outlook and valuation: should you buy or hold M&M?

Mahindra and Mahindra have reported a strong set of numbers in Q4 Results, backed by strong bookings for Thar, XUV300, Bolero NEO and XUV700 taking overall bookings to 170K+.

Going ahead, In view of the robust products pipeline, sizable presence in the tractor segment and revival in agriculture, we value M&M at a PE of 16x to its FY 24 estimated EPS(Core)of ₹57.1, which yields a revised target price of ₹1,274 (earlier our target price was ₹1,077 per share).

Accordingly, we maintain a BUY rating on the stock.