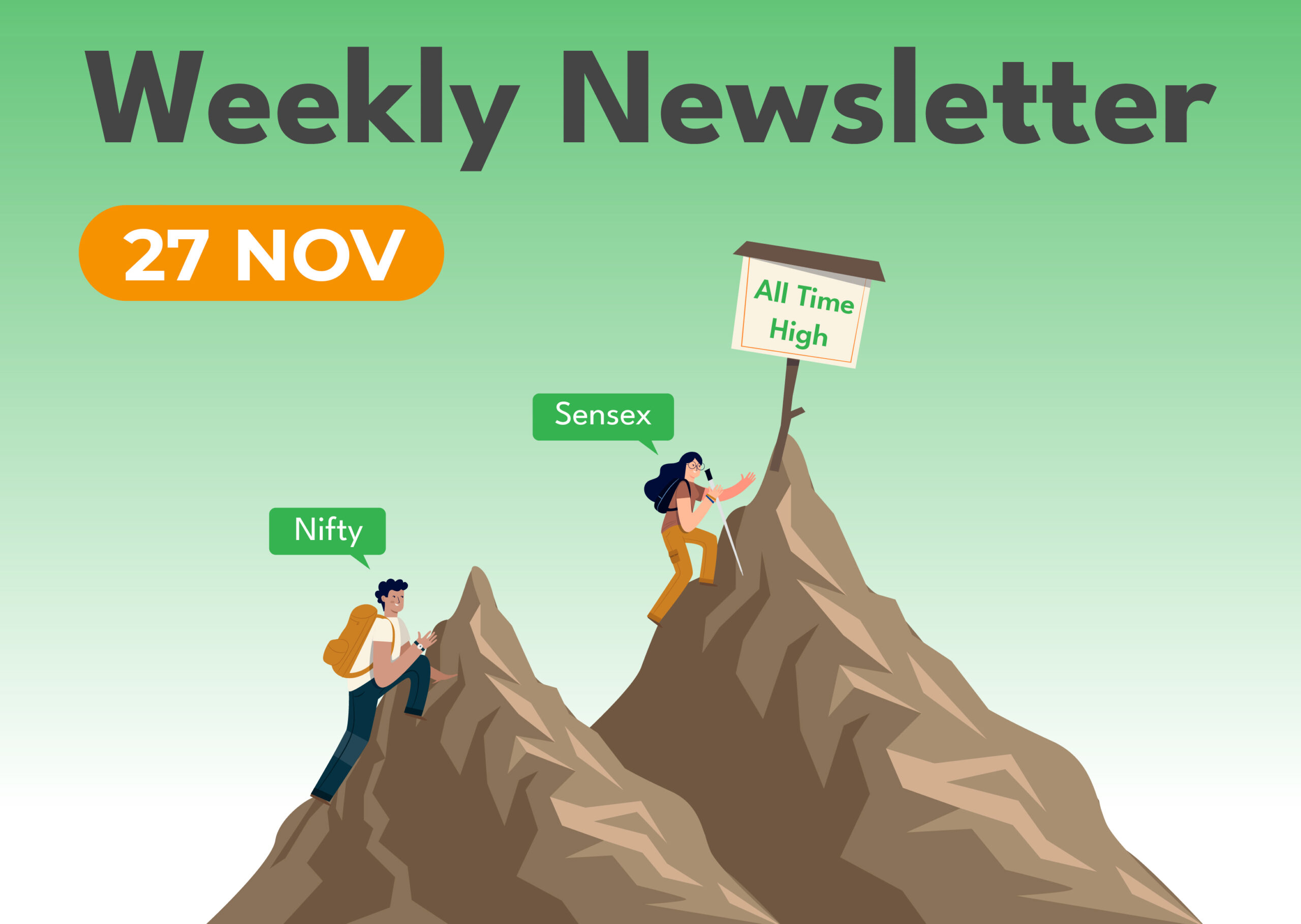 Weekly Stock Market Updates. Catch up on all that’s trending in the last week and get ready for the Monday markets with insights from our expert research team.

The FIFA World Cup is on! And it is full of surprises, controversies and twists and turns. In India, not only did Jio clash with Elon Musk in a war of words but also faced a huge backlash when it failed to stream FIFA matches.

The NDTV- Adani saga gets curiouser and curiouser. The open offer to purchase NDTV’s shares from the market from Nov 22 to Dec 5th. Adani has already acquired 6% of NDTV shares at Rs 294 per share. Guess the market price? Rs 385 per share (Friday close)! Who is selling these shares at such a steep discount to Adani and why?

Talking about curious deals. Businessman Ramesh Chauhan is looking for a buyer for his packaged water company Bisleri International and it looks like Tata is going to quench the thirst of Tata Consumers. Tata Group which already owns “Himalaya” packaged drinking water, Tata Copper Plus Water and Tata Gluco+ seems all set to acquire the Bisleri brand in a deal worth close to Rs 7,000 crores. And what’s curious is that Chauhan’s daughter is not interested in inheriting the company, after strengthening the company’s brand image, manufacturing, and market presence and serving as the company’s vice chairperson.

PS: If you own credit cards, here is some good news. RBI has asked credit card companies to change their calculation of the interest amount you owe. This will reduce the interest charged to you if you paid only the minimum amount due on your credit card for multiple months.

We expect Zomato to take advantage of a significant structural growth opportunity, due to India’s favourable demographics, along with strategic investments like Blinkit acquisition and investments in cloud kitchen by the company, Zomato has smartly positioned itself as one of the frontrunners in quick delivery Ecommerce, and Zomato will potentially continue to improve revenues and become profitable soon. At ₹62, the company trades 3.4x FY25E P/B.

One 97 Communications (Paytm) shows improvement in margin profile with better monetization suggesting achievement of operating profitability (positive EBITDA before ESOP cost) ahead of its guided timeline of Q2FY24. At ₹452, the company trades 2.34x FY25E P/B.

On the daily chart of Nifty, we observe the Doji candlestick formation. Whereas, on the weekly chart we can see a breakout of the consolidation phase. We conclude that the market will remain on the uptrend. Nifty can face resistance around the 18,550 level; if it starts to trade above that, then it can touch the 18,650-18,800 levels. On the downside support is 18,400. If it starts to trade below then it can test the 18,250 and 18,100 levels.

On the daily chart of Bank Nifty, we observe Doji candlestick pattern formation. In the weekly chart of Bank Nifty, we can see a breakout of the consolidation phase. It appears that Bank Nifty may continue to outperform Nifty. In the coming trading sessions, if it trades above 43,100 then it can touch 43,500 and 43,800 levels. However, the downside support comes at 42,500; below that we can see 41,800-41,500 levels.