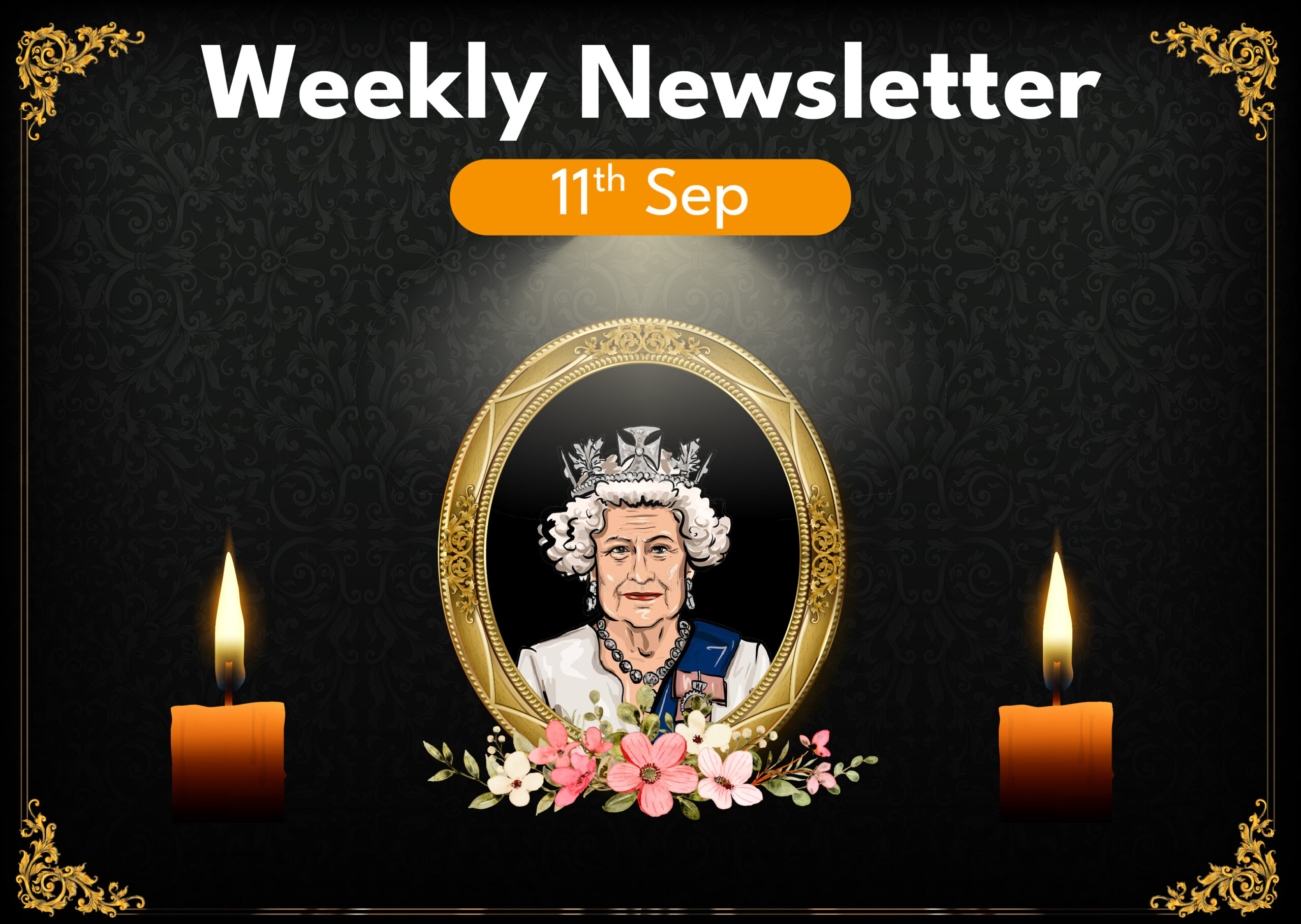 Should you Invest in Harsha Engineers International Ltd IPO?

No time to catch up with news of the weekly market? We’ve got you. Snuggle up with your chai/coffee ‘coz Arihant Capital is here with the last week’s market wrap-up and outlook for the week ahead.

The last week started on a grim note. When we published our last newsletter, the news of Cyrus Mistry’s untimely death was doing rounds. The billionaire businessman and former Tata Sons chief, Cyrus Mistry died in a car crash leading to a discussion on road safety and putting pressure on automobile companies to enhance their road safety measures.
Rishi Saunak an Indian-origin ex-Chancellor of the United Kingdom lost to Liz Truss in the race to become the next prime minister. The queen appointed Liz Truss as the next Prime Minister at Balmoral, Scotland. Who knew this would be her last official act as queen.

We are saddened by the loss of Her Majesty Queen Elizabeth II and send our condolences to the Royal Family. Queen Elizabeth II, the longest-reigning monarch in Britain’s history passed away on Thursday at the age of 96. With 70 years on the throne, she was the second-longest continuously ruling monarch in history after King Louis XIV. Britain was prepared for such an inevitable crisis and the most-dreaded words “London Bridge has fallen” were used to intimate the new PM of her demise. The Queen is now succeeded by King Charles III. Almost prophesizing the end of the legacy: PM Modi recently renamed the colonial era “Raj Path” to “Kartavya Path”.

Let us now whisk you away from the gloom of the last week to help you get refreshed for the week ahead. Grab your coffee or tea or well, popcorn. The box office showed some revival with the latest entry into #Astraverse, with #Brahmastra. Or did it? Twitterati has flooded the internet with pictures of empty theatres while news shows great collections.

Which is fake? We won’t have to worry much longer as the Indian govt has decided to crack down on fake reviews and paid promotions.
ICYMI – SEBI has also cracked down on Algo trading platforms making false claims regarding the past performance of strategies. RBI has released a list of 34 illegal forex trading platforms and cautioned the public not to use these platforms.

📈What to expect from the markets

India’s stock market closed with a positive momentum led by gains in I.T and Banking stocks. This is the best week for the market nearly a month since the week ended August 12. Last week, the global market has witnessed a recovery on factors like a fall in commodity prices especially crude and gas prices. Some of the companies like Docusign have also posted decent numbers in US markets. On the domestic side, the Indian market continues to outperform with value buying seen in beaten-down sectors like IT.

We are recommending 2 midcap stocks for the next week. KEC International can be looked at at current levels, we believe one can add at current levels on recovery in transmission space.  Ashoka Buildcon can also be looked for long term. We like the stock with a price objective of ₹150 in the next 12 months. We expect debt to trim substantially from ₹7,000 crores post Macquarie asset sale. The company has a strong EPC order book of ₹15,000 crores.

Should you Invest in Harsha Engineers International Ltd IPO?