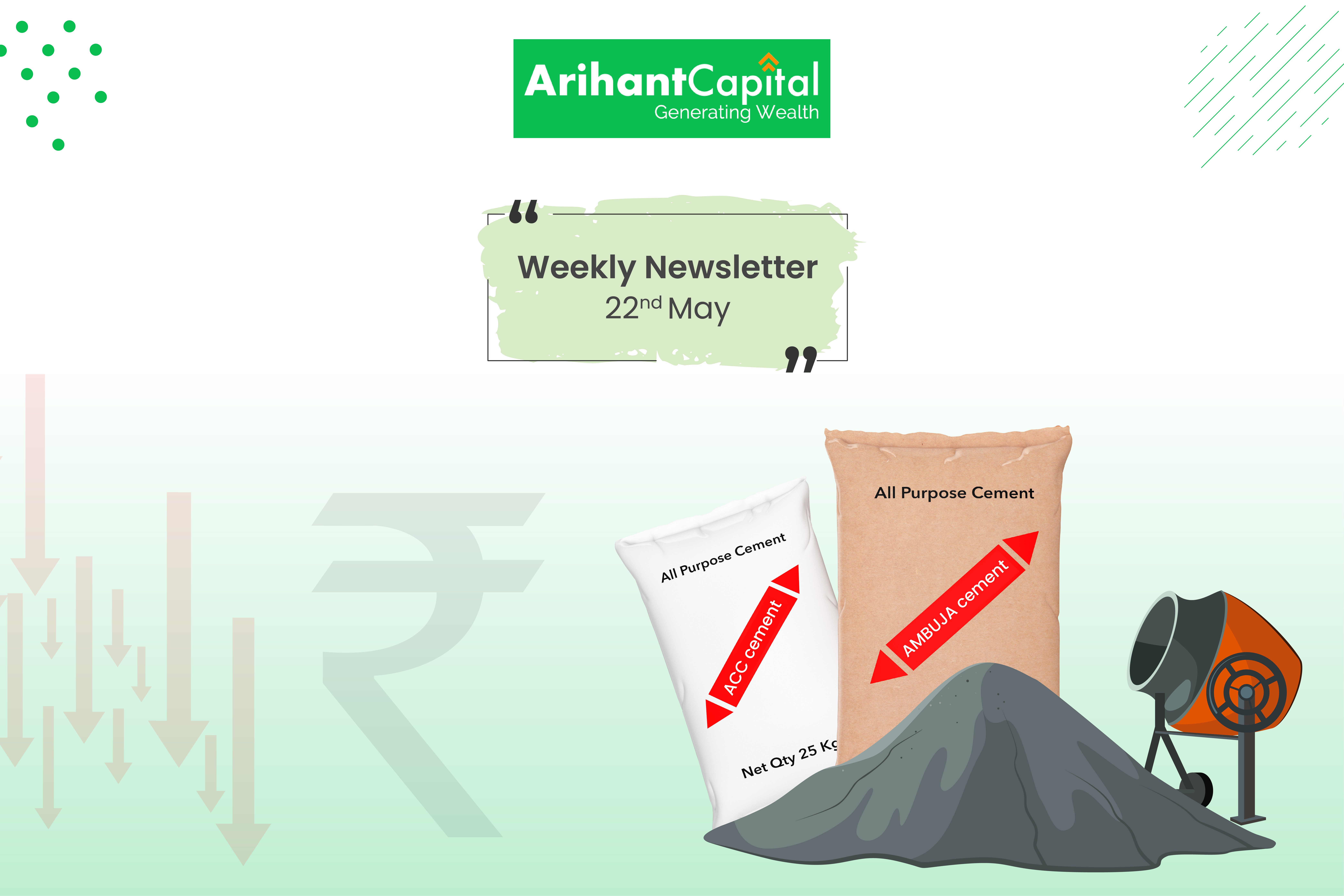 How to Invest in National Pension Scheme with Arihant Capital?

Hey investors,
What a lovely week! The bulls were back on the last day of the week. The much-hyped LIC IPO failed to attract D-street and got listed at a discount. The cat is out of the (cement) bag as Adani emerges as the winner of the cement tussle for Holcim’s India assets. Jet gets new wings as it gets DGCA nod to resume operations.

Most sectors were in the green, with Nifty Metal leading the pack, followed by Nifty Auto (4.82%) and Nifty FMCG at 4.50%. Only Nifty IT index couldn’t be tempted to fall on the investor’s good side (-2.82%). 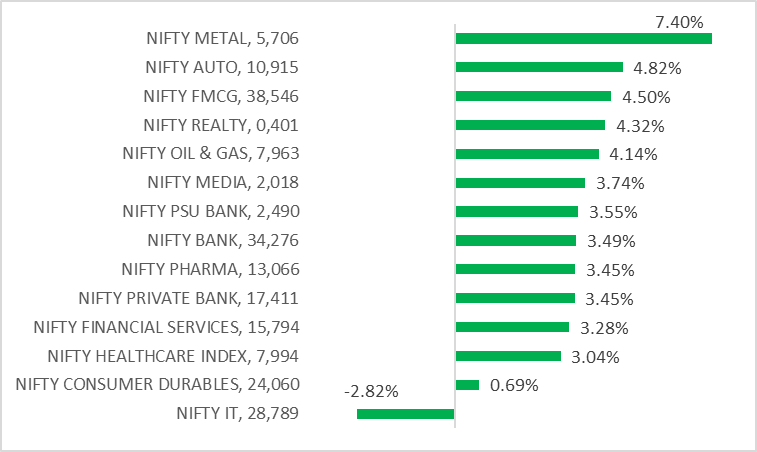 📊What to Expect from the Markets

We expect the markets to open flat this week. However, the government has announced various reforms to calm down inflation like cut in excise duty for petrol & diesel which should augur well for OMCs like BPCL , IOC and HPCL. Even Reliance should get some benefits out of this news. The government has also waived customs duty on some raw materials like coking coal and ferro nickel in a move to calm down higher steel prices .

The export duty on iron ore has been hiked by up to 50% and a few steel intermediates to 15%. This move should impact iron ore exporters negatively. Even on pellets, a duty of 45% has been imposed which is negative for companies like GPIL. But overall this is positive for industries where steel has been used.

In the daily chart, Nifty has filled the downward gap area and has formed a bullish candle and on the weekly front. Nifty is trading below the lower trendline area. We believe the market may consolidate and we may see stock specific activity. If Nifty crosses the 16,350 level, it may bounce towards 16,550 and 16,700 level. On the downside support- if it crosses below 16,100, then it can test the 15,900 and 15,750 levels.

Bank Nifty has filled the downward gap area on its daily chart, and on the weekly chart, the index is holding its 200-day SMA. We may see short covering in the coming sessions. This week Bank Nifty futures closed at 34,305 levels. In the coming trading sessions, if Bank Nifty holds below 34,020, then weakness could take it to 33,750 and 33,500. Minor resistance on the upside is around 34,650-34,900 levels.

Did you know? Our last week’s stock pick of Godrej CP achieved its first target. To get more such strategies, subscribe to our newsletter below and join our Telegram channel.

How to recover your home loan interest with a SIP

Should you invest in Sovereign Gold Bond Schemes?

Should you invest in Aether Industries Limited’s IPO?

How to Invest in National Pension Scheme with Arihant Capital?