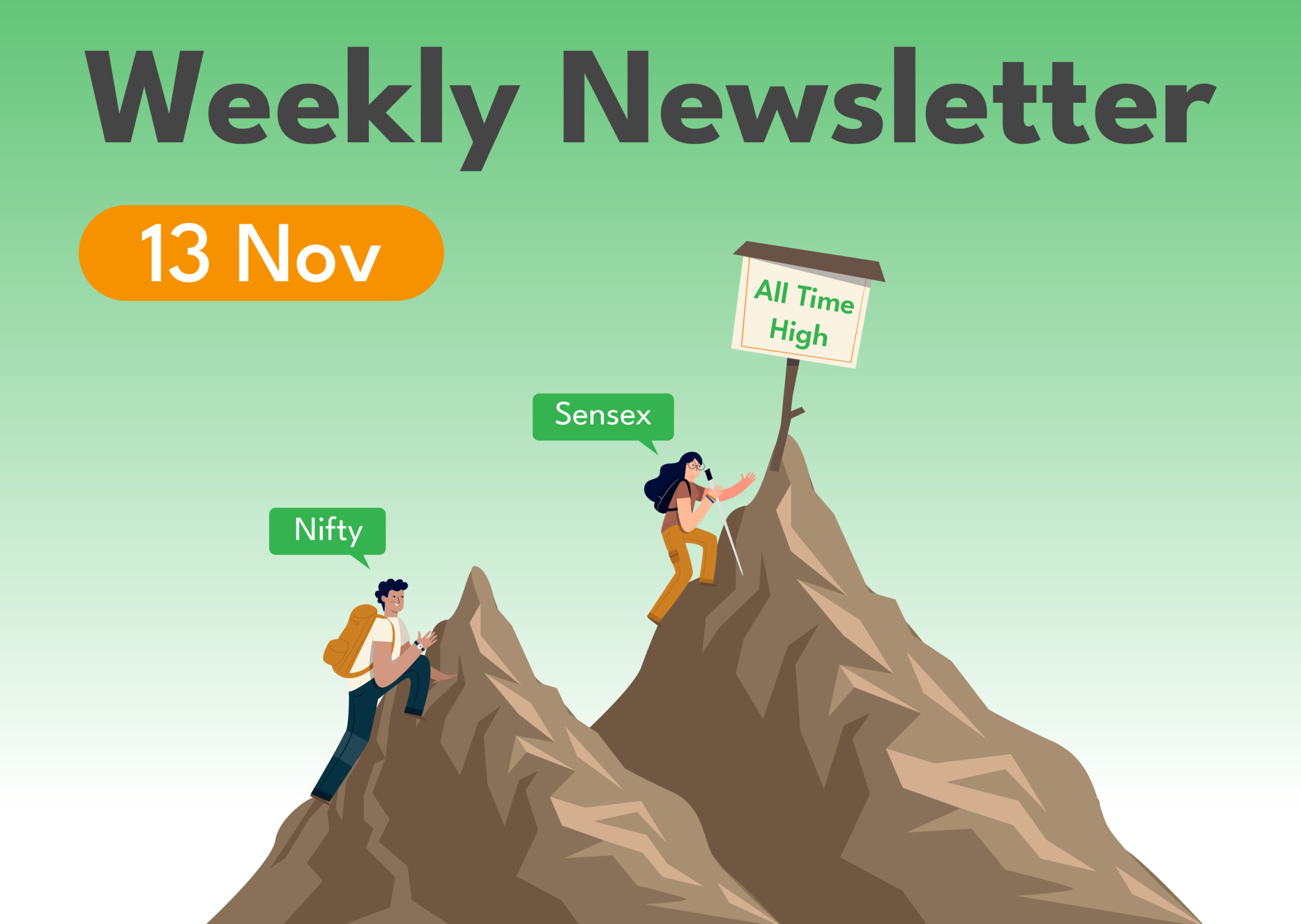 👋 Get ready for Monday markets with Arihant Capital’s weekly market newsletter. Every week we bring you uncomplicated stock market news which is never boring. Because we believe investments can be simple with the right guidance. Grab your cuppa and get started!

The 27th United Nations Climate Change Conference is happening and World leaders, policy-makers and delegates from nearly 200 countries have assembled in Egypt to tackle climate change from 6 November. Indian PM Narendra Modi is not in attendance, seemingly preparing for a G-20 presidency. Want to keep up with the conversation, read this article demystifying COP 27 terms.

In what can be only called a reminder to stay invested in regulated investment assets, the world’s second-largest crypto exchange FTX, (a company valued at $32 billion just blew up, swindling over $1b in clients’ funds.

If you are a regular investor in equity, mutual funds etc, another good news is that the government is reportedly looking to simplify the capital gains tax regime.

We covered the possible layoffs in our last newsletter, this week we know that Musk has fired many of his staff and has warned others of tough times ahead. Even Meta has fired a whopping 11,000 employees but seems to have done it more gracefully.

Talking about tough times ahead, the US midterm elections remained too close to call, which left investors feeling jittery. While cooler-than-expected inflation numbers gave some much-needed respite to the markets and many of the indices climbed and 2 of the US indices had the best day in 2 years in the hopes that it is time the Fed will pump the brakes on the hikes.

On the technical chart of Nifty, we observe Runaway Gap formation on the daily chart. On the weekly chart, the Nifty broke and sustain above its upward trendline resistance level. It seems that stock-specific action will continue and we will maintain buy on dips strategy. Nifty can face resistance around the 18,450 level if it starts trading above then it can touch 18,600-18,750 levels, while on the downside support is 18,250 if it starts to trade below then it can taste the level of 18,050 and 17,900 levels.

On the daily and weekly chart of Bank Nifty, we observe Runaway Gap formation. It appears that Bank Nifty may show some positive movement after breaking out of its consolidation range. In the coming trading session if it trades above 42,500 then it can touch 42,800 and 43,100 levels, however, downside support comes at 42,050 below that we can see 41,700-41,500 levels.

Personal finance in Budget 2023. Is the new regime good for you?

Keystone Realtors Limited IPO is being live. Should you invest?

Personal finance in Budget 2023. Is the new regime good for you?