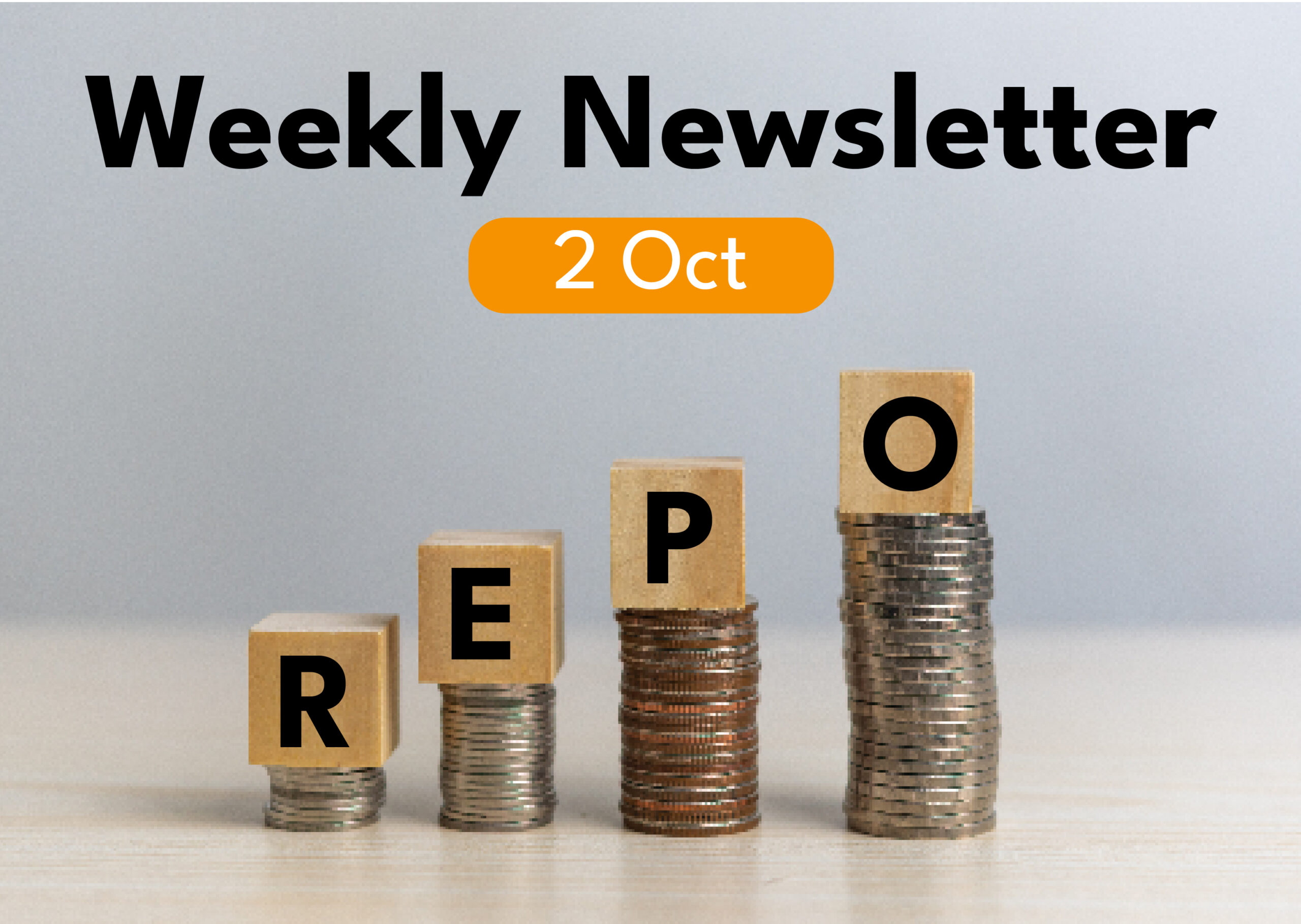 Weekly Market Wrap-up. Catch up on all that’s trending in the last week and get ready for the Monday markets with insights from our expert research team.

🎧Tune in to this song: Unstoppable by Sia as you read our weekend newsletter wrapping up the key events of the week.

As in the song, inflation seems “unstoppable” although RBI is putting its armour on to show how strong the economy is in the latest monetary policy meet. The RBI kept its inflation projection at 6.7% and said it may meet the target of 4% in around 2 years. Phew! That’s a long time for us to feel the pinch of high food prices.

RBI raised the repo rate by 50 bps to 5.9% to tame inflation. This is the fourth rate hike in 5 months, indicating the persistence of inflation and weakening growth impetus in the economy. Thus, the RBI also revised the FY23 GDP growth downwards to 7%. The stock markets had anticipated this move and the indices ended in green on the last day of the week. Looking for some more good news? GST collections in September showed an increase of over 26% at ₹1.47 lakh crore. Read what Mrs Anita Gandhi, Head of Institutional business at Arihant Capital had to say about the forward outlook of GST collections in this Financial Express article.

In our last week’s newsletter, we saw how the global economies are grappling with inflation. This amazing insight by #McKinsey should help you understand the global effects of inflation.

The broader indices advanced on Friday, gaining the most in a month after the Reserve Bank of India announced the repo rate hike., despite extended losses over the week. This is the third consecutive weekly decline for the Sensex and Nifty, as they logged their worst month since June. Sectorally, the Nifty Pharma and Nifty IT index were gainers while metal, auto, and realty indices declined the most.

The broader indices underperformed their larger peers, with the Midcap and Smallcap measures gaining 1.4%. Barring the oil and gas gauge, the other 18 sectoral indices compiled by BSE Ltd. advanced with the Telecom Index gaining 3.5%.

Given the global sentiments, it’s better to maintain stock specific approach at current levels. Avoid leverage for time being.